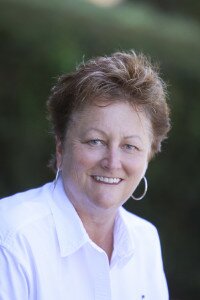 A disgruntled home, health, caregiver under contract to provide services for a small company was let go because the owner of the business learned that she was trying to steal clients.
Seems when she found a patient she liked, the caregiver asked them to fire the company she worked for and hire her independently — they’d save a lot of money, she promised.
Well one client called the owner, who learned he wasn’t the only one she’d asked, so she was let go, released from the contract, since she had clearly violated one of the provisions.
I want to say she was “fired,” because that’s the word we most often use, even if the employee wasn’t a true employee, but a contractor. Sometimes they’re called “1099 employees.”
And that’s the point of this story: she wasn’t an employee, but she filed for unemployment. What? This was long enough ago that the Employment Development Office was still located out on South Broad Street, and she walked in, filled out the form, talked to a clerk and Bam!, she had filed for unemployment.
I am sure in that whole process she did not once say that she was a contractor, not an employee. I’m betting she never showed the clerk the contract that clearly spelled out the relationship.
Skip ahead to the employer, I mean, company owner, getting the DE 1101 Notice from the EDD, stating the “employee” had filed, and her last day was such and such, and that she stated she was “fired for disagreement with management.”
The owner returns the form and says this wasn’t an employee and that her contract was severed. And the EDD replies with, “We need to audit you.” What??
There are many criteria for determining if a worker is an employee or a contractor. Think of a plumber — they bring their own tools and know how to install the toilet, and they’ll bill you. You aren’t their only customer.
Yes, they have to come into your house, you picked out the toilet and directed them where to put it, but that’s all. That’s a contractor, not an employee. Directing the work has always been an important criterion, but that may be about to change.
The Department of Labor (DOL) on July 16, issued an Opinion Letter that deemphasized the degree to which a business controls an individual’s work and focused on whether the worker is “economically dependent” on the employer or in business for himself.
Do they have a business license, business cards, tax records, and other things that businesses have? The DOL is interested in there being a scope of work. Do they have insurance? Do they have access to your server and an email account? Do they come to the Christmas party?
There is now an “Economic Realities Test,” consisting of six factors:
• The extent to which the work performed is an integral part of the employer’s business.
• The worker’s opportunity for profit or loss depending on his or managerial skill.
• The extent of the relative investments of the employer and the worker.
• Whether the work performed requires special skills and initiative.
• The permanency of the relationship.
• The degree of control exercised or retained by the employer. (Still on the list)
The DOL said that this is not “a checklist, but rather the outcome must be determined by a qualitative rather than quantitative analysis.” What??? I don’t know what half of these even mean.
The feds have been searching for lost income for years now and I’ve written about it before. You have to be very sure of the relationship before deciding that you won’t be withholding taxes from your workers’ pay.
There is a trend away from the “9 to 5” on-site employees and toward a more fluid workforce, and that trend can be dangerous if the feds are going to keep this “qualitative checklist” for defining employees. Do your own audit before you get a call from the EDD.

Betsey Nash, SPHR, SHRM-SCP, is a long-time human resources professional and former two-term president of the HR Association of the Central Coast. She can be reached at: . Only Human is a regular feature of the Tolosa Press.